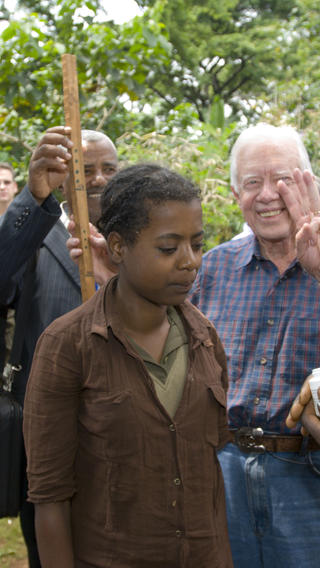 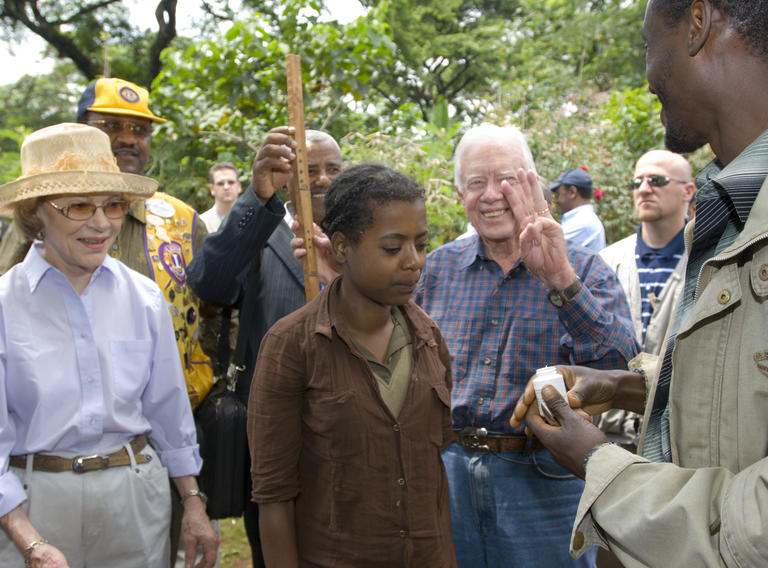 The Carter Center partnership is among the most important and long-lasting relationships currently enjoyed by the SightFirst program and Lions Clubs International Foundation (LCIF). As one of the Foundation’s most notable programs, SightFirst funds efforts to fight the major causes of preventable and reversible blindness and provide services to persons who are blind or have a visual impairment.

Rising to the Challenge

Since 1994, LCIF has approved more than 60 river blindness and trachoma grants totaling over US$67 million. River blindness (also known as onchocerciasis), is a vector-borne parasitic disease that leads to blindness, and trachoma is the leading infectious cause of blindness worldwide. The Lions-Carter Center SightFirst Partnership programs are among the world’s most ambitious and successful sight initiatives and have led to measurable change for many throughout Africa and the Americas.

Together, our partnership with the Carter Center has resulted in more than 236 million treatments to eliminate river blindness and over 177 million treatments to halt the blinding effects of trachoma. Over 799,000 sight-saving surgeries to reverse the advanced stage of trachoma have been performed, and more than 3.2 million latrines have been built to reduce transmission of infection.

From Helpless to Hopeful

As a result of The Lions-Carter Center partnership, the World Health Organization has verified four countries in the Americas as free of river blindness (Colombia, Ecuador, Mexico, and Guatemala). River blindness transmission also has been interrupted and mass drug administration halted in significant areas of Sudan, Uganda, Nigeria, and Ethiopia. Further to this, the Amhara Region of Ethiopia, which suffers from the worst known trachoma prevalence in the world, has witnessed over 5 million people no longer requiring mass drug administration to prevent the disease, and the backlog of patients requiring surgery dwindle exponentially each year. Millions are free from these diseases thanks to the Lions-Carter Center partnership and Lions support. These accomplishments would not have occurred without LCIF’s early investments, and the constant support and advocacy of Lions Clubs in each country.The World Health Assembly adopted resolution WHA 47.32 in 1994 calling for the use of mass drug distribution for onchocerciasis, and WHA 51.11 in 1998, targeting the global elimination of trachoma as a public health problem.

Even though river blindness and trachoma are a completely preventable disease. The World Health Organization provides these sobering estimates*: Lions Clubs International has invested US$415 million and has worked for more than a quarter century to eliminate avoidable blindness around the world, including helping 30 million people improve and restore their vision.

Through continued work in partnership, we are confident that together we will reach our shared goals of eliminating river blindness and trachoma.

To strengthen eye care systems in underserved communities, enabling them to fight blindness and vision loss and assist those who are blind or visually impaired.