Lions Clubs International offers various rewards to recognize Leos and Lions active in the Leo Club Program. There are more than 20 award programs to acknowledge their accomplishments.

Please note that only Leo and Lion officers reported to Lions Clubs International are eligible to receive awards and certificates. 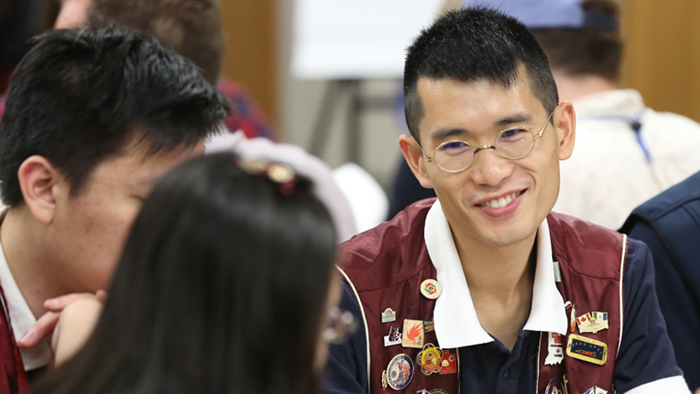 International President Award – This year, there is a special recognition opportunity available to Leo club presidents of newly formed clubs. The International President is awarding a Presidential Certificate of Appreciation to Leo club presidents when they add all of the originating Leo members to their club roster within 30 days of the club’s formation. To qualify, Leo members should be entered into the online reporting system, MyLCI.

Leos of the Year Award – A multiple district council of governors or single district (that is not part of a multiple district) may nominate one high achieving Leo each year for this medallion and certificate award. Applications must be submitted by March 1. Congratulations to all the current award recipients!

Leo October Membership Growth Award – Leo club advisors may present this award to any Leo who recruits three or more new members during the month of October. To obtain this award, Leo club advisors must submit the nomination form by November 15. Congratulations to all current award recipients!

Leo Award of Honor – Leos may choose to nominate a Leo member for this award to recognize outstanding accomplishments during the year. The lapel medal can be purchased from Club Supplies.

Leo Club Excellence Award – All districts may endorse one Leo club to receive this prestigious award. Submit applications by August 15. Winners will receive a banner patch and chevron in Leo colors. Congratulations to all the current award recipients!

Leo Lion Serving Together Award – A banner patch featuring the Leo club and Lions club logos is awarded to both the Leo club and the sponsoring Lions club for successful completion of joint projects and other types of activities supporting Leo-Lion collaboration. Award requirements are on the application.

Leo Club Sponsorship Patch – A banner patch is issued to the sponsoring Lions club upon certification of a new Leo club.