Attacking Diabetes in His Community Seemed Like the Clear Path

Pat Ryan left the 2017 Lions Clubs International Conference in Chicago with a mission: to return to his home state of Kentucky to help screen 100,000 people for diabetes.

Ryan was motivated to join the fight against the global diabetes epidemic in part because he knew people in his adopted home state were suffering.

Because of Lions, I feel more empowered. They’ve got my back. I’ve got the Lions club behind me.

“We have one of the highest rates of diabetes in the country,” he said. According to Kirsten Rowland, associate director at the American Diabetes Association in Lexington, approximately 567,000 people in the Bluegrass State have diabetes. “Of these, an estimated 108,000 have diabetes and don’t know it,” she said.

Ryan was also motivated by what he’d seen on the Lions convention stage. Watching former International President Bob Corlew call on Lions to help prevent and raise awareness of diabetes was inspiring—and, in a way— serendipitous. For this retired science teacher and athletics coach, the diabetes epidemic wasn’t just a worthwhile cause to rally behind, it was a disease he’d known personally.

A battle close to his heart
At 5’8” and 160 pounds, Ryan is slender. But in 2015, his weight hovered around 260. He was severely obese. “I could barely walk down the street without huffing and puffing,” he said.

He was also diabetic. 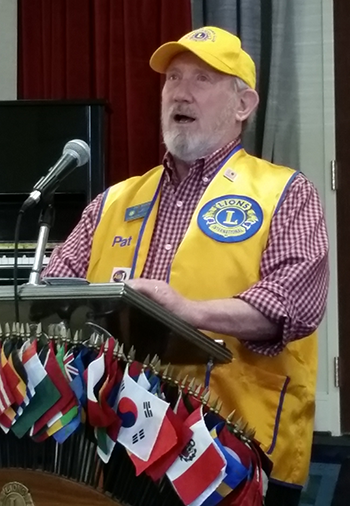 Then Ryan had a doctor’s appointment that changed everything. His physician diagnosed him with Stage 3 Chronic Kidney Disease. “That was the panic button,” Ryan said. He’d had enough. He began eating more fruits and vegetables, and walking two to four miles a day. Over time, he lost 100 pounds. A year later, Ryan visited his nephrologist and came away with a remarkable new diagnosis: not only was his chronic kidney disease down to Stage 1, which is normal for a 71-year-old, but after 16 years, his physician updated his diagnosis from “diabetes” to “prediabetes.” His blood glucose levels were well within the norm, and he no longer needed to take medication.

It was during this time that Ryan attended the Centennial celebration in Chicago and was moved to heed the call for Lions to mobilize to help those who have diabetes or are at risk of developing it. When he returned to Kentucky, Ryan began working on an LCIF Diabetes Grant application that would provide his district, District 43 Y, with the funds needed to host diabetes screenings and conduct follow-up meetings with at-risk individuals. In May 2019, the district received a $67,500 grant so Lions could begin screening 10,000 to 20,000 people first and then expanding from there.

Where there’s a need, there are Lions
Richard Heine, chairman of the Fayette County Diabetes (FCDC), helped Ryan and the district with the application. Formed in 2002, the FCDC works in affiliation with the health department and several local schools, churches, businesses and hospitals.

From the beginning, Ryan was insistent that District 43 Y do more than serve as event financiers. “If we’re going to serve, serving is about more than giving checks,” Ryan said. When the Lions helped the ADA put on the Tour de Cure in May 2018, for instance, he and other Lions helped set up signs, set trash cans and helped set up booths. Through this walk/run/ cycling event, the ADA raised US$200,000 for diabetes research, education and advocacy.

Rowland believes that more education is needed. “I think a big challenge is getting important educational information out to those who need it,” she said. “To fight the diabetes epidemic, we need to do more screenings and then get information into the hands of those with prediabetes and those diagnosed to help prevent and manage diabetes.”

Though Ryan faces an uphill climb in his mission to screen 100,000 Kentuckians, he remains optimistic—in part because he knows he won’t have to do this alone. Not only does he have the support of his club, the Fayette County Diabetes Coalition and the American Diabetes Association, but he also has the support of the global network of Lions. “

“Because of Lions, I feel more empowered. They’ve got my back. I’ve got the Lions club behind me.” 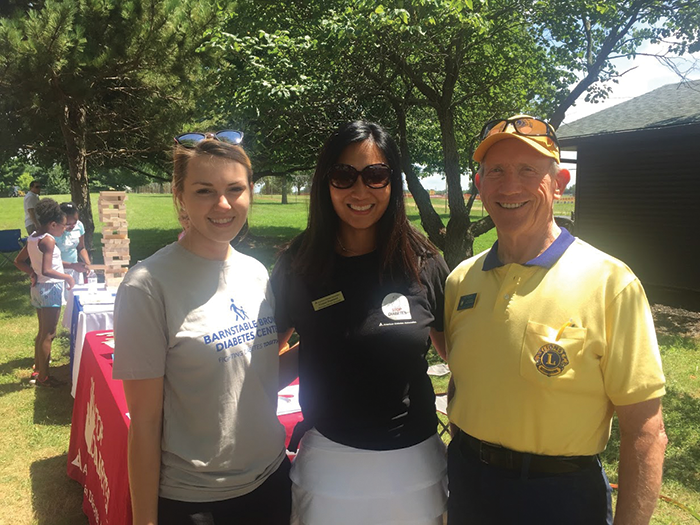 Rising to the challenge—together
In the meantime, Lexington Lions have been working to raise both funds and awareness. In 2017, the Bluegrass Fair, which they’ve been hosting for nearly 60 years, raised US$175,000 for more than 20 local charities including the ADA. Ryan estimates that US$12,500 of the profits from 2018’s fair will be donated to charities that support diabetes prevention and treatment.

The club has celebrated its progress by sharing service photos on Facebook—the club’s two Facebook pages have nearly 13,000 followers—and through local media outreach. Recently, their PR efforts have seen some success. “We had great coverage of Diabetes Kids Day on a local TV station and a front-page story in our local newspaper,” Ryan noted.

Rowland is grateful for the work Pat Ryan and District 43 Y have done to help the American Diabetes Association and recommends Lions everywhere do their part to get involved. Four hundred million people have diabetes worldwide, with this number expected to rise to 650 million by 2040. “It’s going to take all of us to help make a difference in diabetes and ultimately find a cure.”

Take IDF’s Type 2 Risk Assessment or use the Type 2 Diabetes Project Planner to plan your next screening project for World Diabetes Day on November 14, 2019!

Reannon Muth is a travel writer and editor based in Las Vegas, Nevada.