“The Academy has strengthened my resolve to pursue relentlessly whatever I have set out to do, despite the odds.” – Prakash Rath, Area Director, Special Olympics Bharat-Odisha

From humble beginnings, Lions Clubs International Foundation (LCIF) and Special Olympics have partnered to create a multi-award winning program that fulfills a shared global vision of building leadership through service. The Special Olympics Leadership Academy, a series of training workshops to help build the skills of Special Olympics country and local leaders, captures the core of the partnership’s focus, “Mission: Inclusion.”

The workshops have even continued during the COVID-19 pandemic with the introduction of an innovative Academy for All virtual format that reached more than 300 leaders in 2020. Prior to that, 430 participants from 111 countries, including 36 people with intellectual disabilities, took part in workshops up to the end of 2019.

The Academy has strengthened my resolve to pursue relentlessly whatever I have set out to do, despite the odds.

Inspirational keynote addresses from Lions Clubs International leaders have boosted Academy workshops from the outset. Their words have brought the “Mission: Inclusion” partnership between LCIF and Special Olympics to life for Academy participants, many of whom are volunteers. The results have been remarkable. In the six years since the first workshop in Delhi, India, Special Olympics leaders have built considerable capacity at all levels of the organization, and have formed 511 new national or local partnerships by applying what they learned in the Academy.

Past International Director AP Singh, a longstanding advocate for the rights and abilities of individuals with intellectual disabilities, was instrumental in the success and organization of the Kolkota Academy, together with Special Olympics Bharat. At a celebratory dinner to welcome participants, the opening address was delivered by pioneering leader Past International Director and LCIF Trustee Mrs. Aruna Oswal, who has been a leading supporter of the expansion of the Special Olympics–LCIF partnership throughout India and the world.

Another great example was the keynote address at a workshop in Washington, D.C. by Past International President Al Brandel, who was instrumental in the expansion of the global partnership. He has also been key to the introduction of Champion Lions Clubs, a specialty club model that supports local Special Olympics organizations and engages individuals with intellectual disabilities as members. 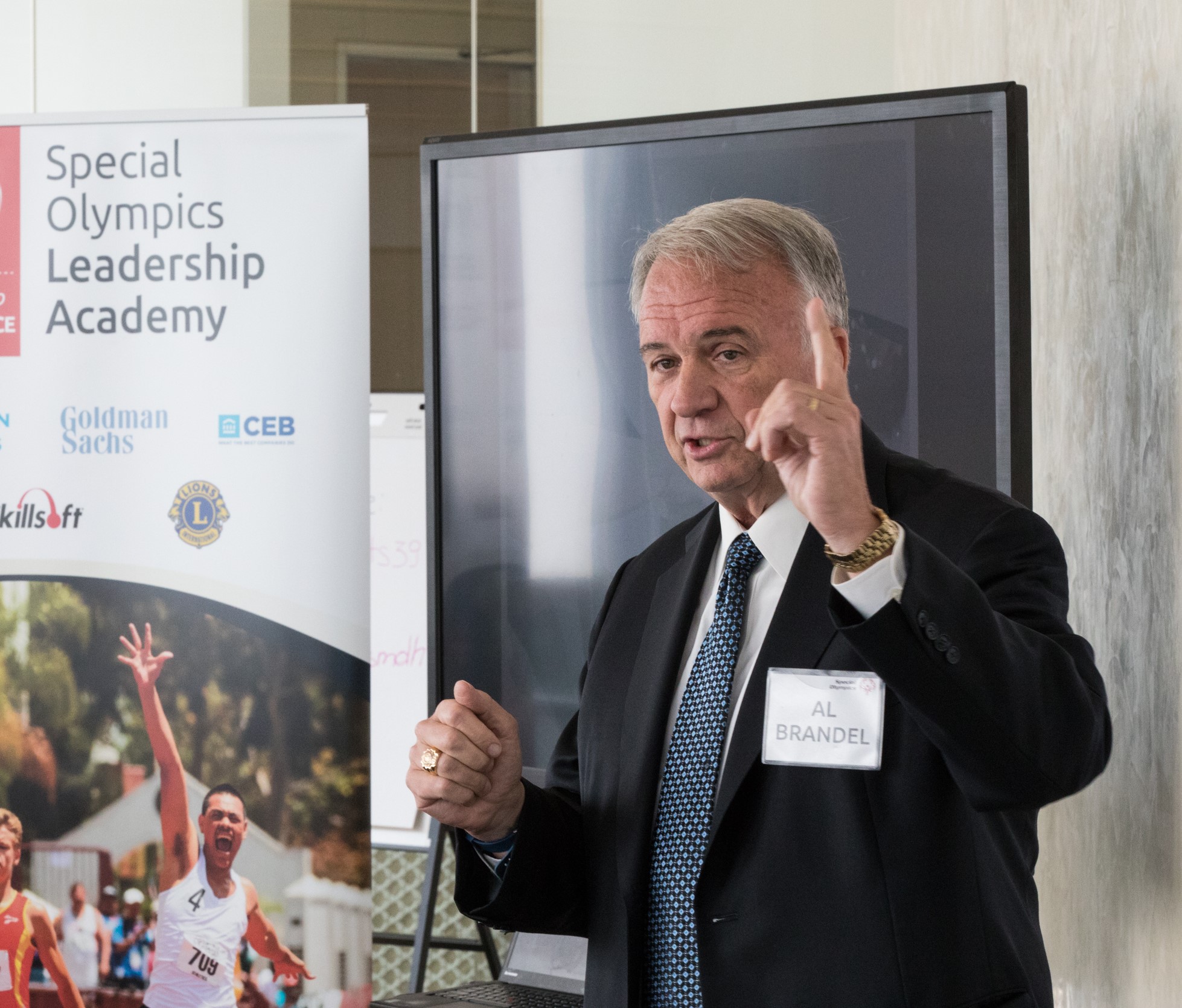 There are hundreds of examples of impact from the Leadership Academy partnership between LCIF and Special Olympics. As Leo Tanya Nzvengende, who participated in a number of workshops in Africa, noted, “I have been able to forge relationships with individuals I deemed inaccessible. I have come to appreciate the importance of understanding different leadership styles and being able to flex my own style to align accordingly. I have also been practicing this with the Leos in my district and beyond and can only marvel at the relationships cemented thus far.” As a result, Leo Nzvengende was selected to be one of the facilitators at Lions Clubs International’s District Governor Elects' training in Las Vegas in 2018. 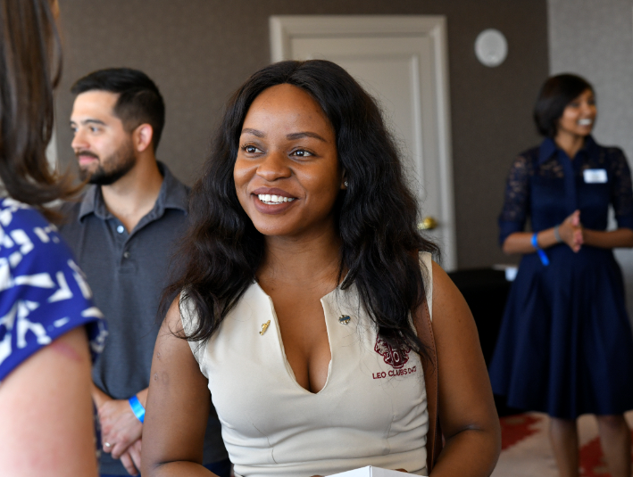 Another example is a 40 percent increase in the number of new athletes participating in seven Special Olympics state-level games events for the first time in Brazil. This took place in the year after an Academy workshop was held in Rio De Janeiro in July 2017, at which Fabio de Oliveira, a Lion from Brazil, spoke and also participated in a series of roundtable discussions. The strength of leading roles from LCIF and Lions clubs multiple districts in building leadership through service in Special Olympics has never been more in evidence than during the past year. It was therefore fitting that LCIF Chairperson Gudrun Yngvadottir launched the first-ever online Academy for All in October 2020.

LCIF Chairperson Gudrun Yngvadottir, speaking at the online Academy for all, alongside the LCIF logo and Special Olympics logo

As Chairperson Gudrun said, “LCIF is a proud supporter of the Special Olympics Leadership Academy. Indeed, Lions Clubs International and LCIF place great importance on community leadership as our clubs and members bring urgent service to those most in need in 200 countries. Perhaps more so now than ever, the world needs the community leadership offered by Special Olympics and Lions Clubs International, and for that reason and more, we are proud to support the continued impact that our ‘Mission: Inclusion’ partnership brings to communities worldwide.”

The leadership of LCIF has been critical to supporting so many throughout the Special Olympics global family during the most challenging of times. The willingness of Lions clubs members and Leos alike to engage, coach and connect online has helped the movement of Special Olympics drive key themes like resilience, change and perseverance.

Although challenges remain, there can be little doubt that the Special Olympics Leadership Academy, with LCIF support and engagement, collaboration and partnership at its heart, will continue to make an impact on communities around the globe. It is an impact that goes far beyond people with intellectual disabilities and their families, proving the value of leadership through service for everyone in society. As LCIF continues to focus on building tomorrow’s leaders, it further reinforces the critical roles that Lions Clubs International and the Foundation play in this new marketplace. Never has it been more clear, or urgent: Where there is a need, there is a Lion.

Lion Denis Doolan is the chief of organizational excellence at Special Olympics International.