Life is more fulfilling when I know that I’ve helped others.

That was the day he was declared legally blind. He still had limited vision, and was able to read large print. But it was difficult. In the summer of 1973, his whole world went dark. This was when, at the age of 21, he became totally blind.

Marty’s blindness was the result of retinitis pigmentosa, a condition caused by a hereditary disease known as Bardet-Biedl syndrome. The disease causes progressive visual impairment and can also cause babies to be born with extra fingers or toes, known as polydactyly. Both of Knight’s parents could see, but out of his three siblings, one brother and one sister are blind. The sister with sight was born with a hole in her heart.

Along with his vision issues, Knight was born with six fingers on each hand and six toes on both feet. His parents opted to have these extra digits removed, but the surgery left him cross-eyed. His eyes were surgically corrected before he was five years old. By the time he started kindergarten, he had endured a total of nine surgeries.

A lifetime passion for service
Service has always been an important part of Marty’s life. He’s been a Lion for 48 years, but was involved in service even before that, helping his father who was a past district governor of District 23B. His mother was a member of a Lioness club.

In October 1972, he became a member of the Winsted Lions Club in Winsted, Connecticut. and began serving as a Lion. He transferred his membership to the Middletown Lions Club in Middletown, Connecticut four years later, serving in many capacities. He’s been president of the club three different times, and zone chairperson from 2003-2007. He is currently this year’s membership chairperson, and has rarely missed a meeting in more than 40 years.

From 1973 to 1992, Knight was a member of the Advisory Board for the Lions Gallery of the Senses at the Wadsworth Atheneum in Hartford, Connecticut. He is a Lions Clubs International Foundation Melvin Jones Fellow, a Connecticut Lions Eye Research Foundation Knight of the Blind and has received a Chevron Award for 45 years of service and a Gold Key Award. 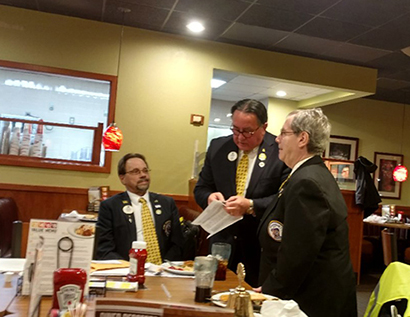 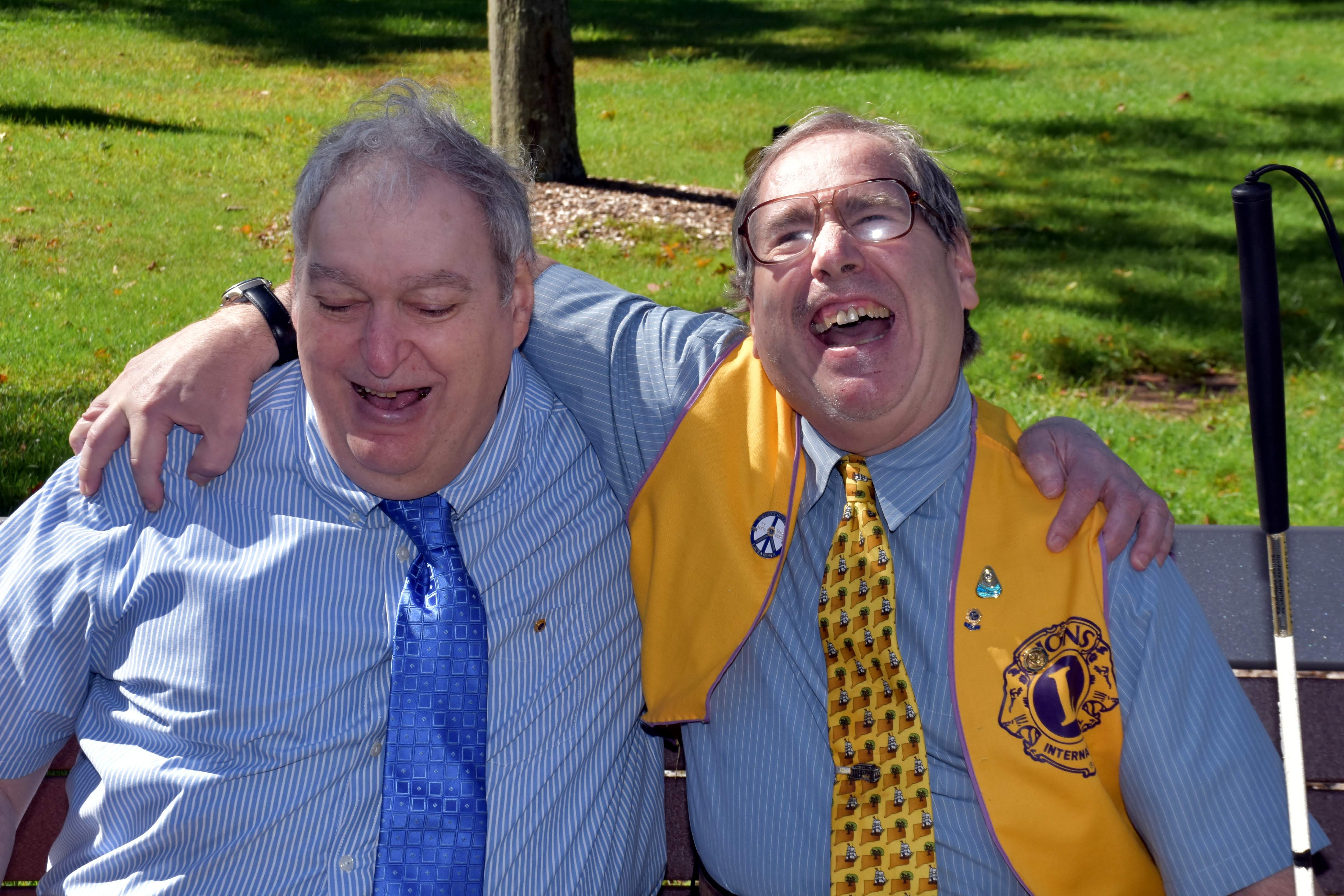 Middletown Lions serving safely during COVID
During the coronavirus (COVID-19) pandemic this past year, Knight and the other Lions from the Middletown Lions Club have been holding their meetings online. But they’ve still been serving. They’re saving the aluminum tabs off the top of cans, and will donate the money they receive from the recycled aluminum to the Ronald McDonald House. They also donated money to Middletown’s Park and Recreation Department for their holiday party. The money was used to purchase gifts for children and families that would not have had any gifts otherwise.

Marty tells the story about a Sight Saver’s Day the club hosted several years ago. “We were collecting money for eye research from the community, and were holding signs that read, ‘Be thankful you can see.’ My fellow Lions later told me that many people who were contributing to our cause were smiling at me because they understood that here I was—a blind person, working to help others with vision-related issues—and yet, was thankful for all that he had. Perhaps this inspired them to think about their own sight, and what it really means to see.”

When he was 22, Knight rented a room at his local YMCA, where he lived for 20 years. He now lives at an apartment complex for the elderly and disabled where everyone is family. Because he is unable to drive, he gets around by walking or taking a bus. He’s had four guide dogs throughout the years.

Marty worked for Middlesex Hospital for 34 years as a darkroom technician, but had to retire in 2008 when the x-ray world went digital. In 2004, he was first runner up for Employee of the Year. “I loved my job, and the people I worked with,” he recalls.

Helping others better understand those with disabilities
Knight’s passion is helping educate people about those who have disabilities. “My parents wanted us to live as normal a life as possible,” he says. “They never wanted us to use our blindness as an excuse for anything. I’m blessed to have been able to see for part of my life, as opposed to never having seen at all. I know what colors look like, and people, and puppies.”

Being a Lion has helped Knight develop himself. “Lions club has given me a group of great people to belong to. Life is more fulfilling when I know that I’ve helped others. It also helps other Lions see how a blind person does things. With a few adaptations, I can do just about anything that anyone else does. To everyone with or without disabilities, just be and do the best you can for the good that it will do for you…and for others.”

Since 1925, Lions have helped millions of people around the world through their vision-related work. This was the year that Lions Clubs International dedicated itself to being Helen Keller’s Knights of the Blind. And Lion Marty Knight personifies this mission, finding joy in helping others despite his own impairment.

Learn more about Lions’ global causes and how Lions are spreading kindness and compassion throughout the world.