The Fall from Heaven

To many, Australia is heaven on Earth. North to south, massive Australia offers diverse and breathtaking landscapes, lush rainforests in the northeast transforming to majestic mountain ranges in the country’s south. Natural beauty combined with cosmopolitan flair are no doubt among the reasons 26 million people call the Land Down Under home and where millions more choose to visit each year.

“The only way to describe those days is that the gates of hell opened up,” recalled Brendon O'Connor, Balmoral RFS Brigade Captain.

But in the center of the world’s sixth largest country by total area, lies desert. Desert that in the last few months of 2019 turned heaven to hell. “The only way to describe those days is that the gates of hell opened up,” recalled Brendon O'Connor, Balmoral RFS Brigade Captain.

Australians are no strangers to bushfires. Drought and high winds in the country’s summer months regularly bring increased fire risk, putting those nearby on high alert. In the last few months of 2019, now known as Black Summer, Australians frantically worked to save their properties from the voracious flames, abandoning the fruitless effort to flee for the ocean to save their lives. 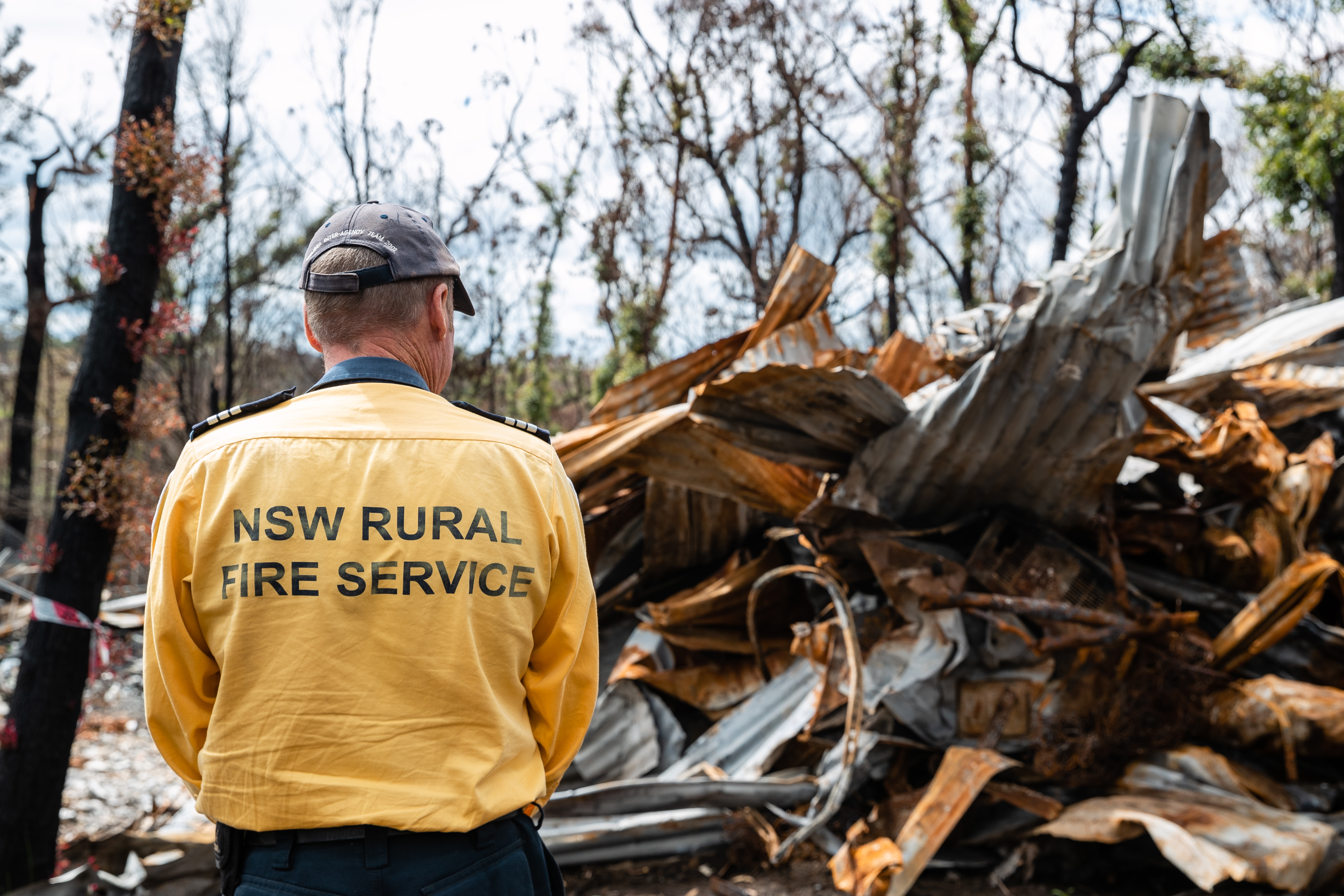 With more than 46 million acres obliterated by the year’s mega fires, thousands lost their homes and almost one billion animals lost their lives.

Where there’s a need, there’s LCIF and Lions
The need was immediate. As smoke filled the sky from November to January in New South Wales, Victoria, and South Australia, Lions mobilized quickly, cooking meals for first responders battling blazes and treating the wounded. Lions also collected and distributed food and other emergency items and held fundraisers for fire victims.

To exponentially broaden their impact, Lions sought support from their foundation – Lions Clubs International Foundation (LCIF) – taking advantage of a US$103,000 LCIF Disaster Relief grant to restore water infrastructure in District 202-N1, where many families use above-ground tanks to store their drinking water. “When flames rushed through, the heat of the fires melted the tanks, leaving families without safe drinking water,” explained a local firefighter. With the LCIF grant, Lions purchased and installed new tanks, giving families access to life-sustaining potable water.

In addition, LCIF provided more than US$200,000 in major catastrophe funding to support emergency relief efforts and begin the rebuilding process in the hardest hit areas of Australia.

Providing hope
In the wake of the fires, LCIF Chairperson Gudrun Yngvadottir and Lions Past International President Barry Palmer, a native Australian and lifelong resident, visited Balmoral, one of the hardest hit areas. The pair met local residents facing the daunting tasks of rebuilding their homes, their livelihoods, their lives. “LCIF: Creating Hope in Wake of Australia Bush Fires,” LCIF’s new video, captures the raw emotion and unfathomable devastation.

Recovery during a pandemic
The coronavirus (COVID-19) pandemic has brought significant challenges to Australia’s recovery efforts. The government was forced to pivot and focus on the immediate need – containing the spread of the virus. Many fire-affected areas were left behind. Many continue to struggle financially and emotionally.

However, there is hope. Lions were among the first to rush toward those hit hardest in Black Summer, and they’re still there. With grant opportunities such as District and Club Community Impact grants, LCIF is there, too, helping Lions rebuild heaven on Earth.

Each year, millions of people’s heavens on Earth are devasted by catastrophic fires, floods, windstorms, and other natural disasters. Are you willing to help? lionsclubs.org/donate