Lions know a disaster can affect anyone’s community, whether it’s halfway around the world or right at home. LCIF has been providing funding assistance through global disaster relief programs for more than five decades. The first disaster grant awarded was in 1972 to Rapid City, South Dakota. Learn how LCIF and Lions have responded through the years when communities need us the most.


Whenever and wherever disaster strikes, Lions are often among the first to offer aid. And Lions Clubs International Foundation (LCIF) stands at the ready to support Lions’ efforts with funding through global disaster relief programs.

1972: Flooding in USA
LCIF made its very first grant of US$5,000 to District 5-SW to assist the Rapid City, South Dakota Black Hills flood victims. Three thousand people were injured and 1,335 homes were destroyed when 15 inches (380 mm) of rain fell on the city, turning roads into rivers, and eventually causing the Canyon Lake Dam to fail. Lions were among the first on the scene to provide immediate flood relief to the devastated community.


There’s no telling when or where a disaster might strike. Help LCIF in disaster relief efforts by donating today. Together, we can help make sure Lions will always be there when they’re needed.

2004: Tsunami in the Indian Ocean
The last week of 2004 brought the largest and most devastating natural disaster in modern history – a South Asian tsunami the world has never seen. In response, LCIF awarded more than US$15 million for long-term reconstruction efforts in Thailand, India, Indonesia, and Sri Lanka. Caused by an earthquake registering 9.1 on the Richter scale, the devastating tsunami caused over 230,000 deaths and incredible destruction in more than 14 countries. With this LCIF support, Lions rebuilt more than 4,000 homes as well as community centers, schools, and orphanages. 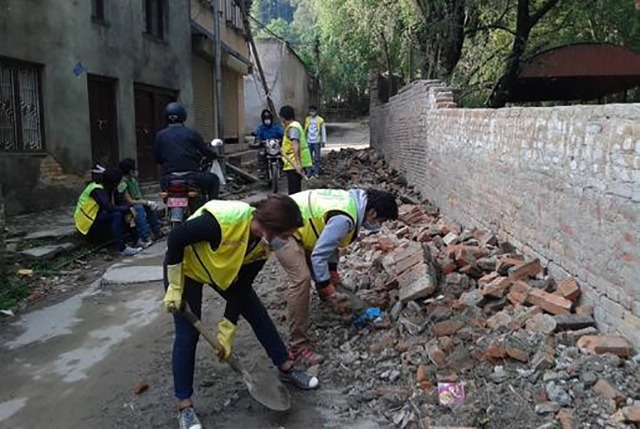 2005: Hurricane in USA
When Hurricane Katrina destroyed much of the southern United States, LCIF helped Lions band together to help rebuild devastated communities. LCIF mobilized US$5 million for immediate and long-term reconstruction in Alabama, Florida, Louisiana, and Mississippi, benefitting an estimated three million people. These funds helped rebuild and equip schools, reconstruct or establish Lion eye clinics and eye banks, provide assistive and rehabilitative devices for those with disabilities. 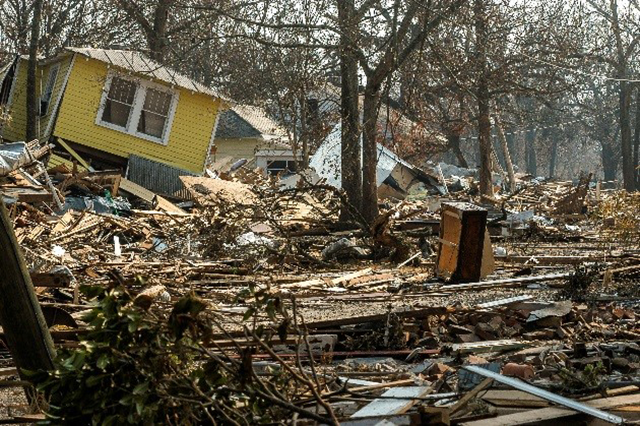 2008: Earthquake in China
After a village was destroyed by an earthquake in central China, Lions and LCIF responded to help rebuild more than 150 homes and three schools with a US$1,075,765 grant. Chinese Lions donated supplies and joined villagers in the rebuilding process to help communities in need. 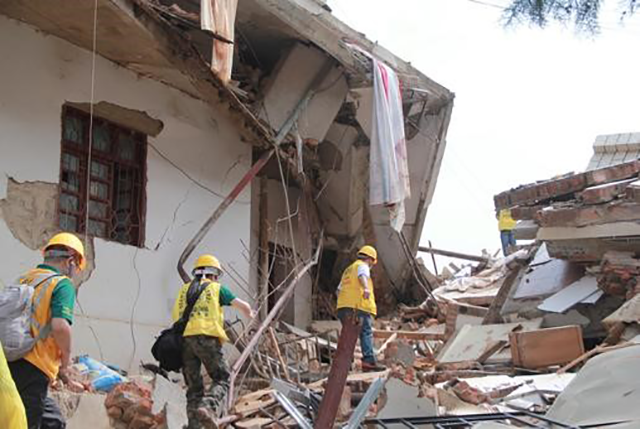 2010: Earthquake in Haiti
After the devastating earthquake hit Haiti in 2010, LCIF and Lions immediately got to work. LCIF mobilized more than US$6 million providing help and hope to those affected by the disaster. With backing from LCIF, Lions from around the globe:

2012: Superstorm in USA
The Caribbean and the East Coast of the United States were hit by Superstorm Sandy, a deadly and destructive hurricane. LCIF awarded a US$100,000 Major Catastrophe Grant with money from the LCIF Disaster Relief fund, enabling Lions in affected areas to immediately provide assistance.

In addition to the Major Catastrophe Grant, LCIF mobilized US$640,000 in Emergency Grants and designated donations to areas impacted by the storm, thanks to generous donors. With these funds, Lions were able to provide meals, water, blankets, medicine, and hygiene kits to people who lost their homes.

Lions in the affected areas weren’t the only ones providing aid to those in need. Many generous Lions sent supplies, held fundraisers, and made personal donations to the LCIF Disaster Relief fund. 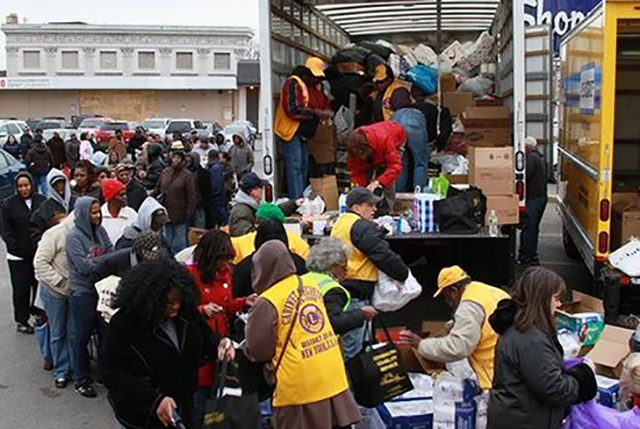 2017: Hurricane in Puerto Rico
Hurricane Maria, the worst storm to hit Puerto Rico in more than 80 years, arrived two short weeks after Hurricane Irma passed just north of the island, leaving over a million people without power. LCIF awarded a US$100,000 Major Catastrophe grant to support relief and reconstruction in Puerto Rico in the wake of this destructive hurricane. Watch the video below for the story of hope and healing for Lions of Puerto Rico.

2018: Flooding in India
More than 1,000,000 people were displaced and over 400 perished with flooding throughout India. LCIF gave hope to Kerala in 2018 with a US$100,000 in Major Catastrophe grants, allowing local Lions to provide food, water and other immediate needs to the more than 60,000 people displaced by flooding and landslides.

2018: Earthquake in Japan
A 6.6 magnitude earthquake struck Iburi sub-prefecture in southern Hokkaido. The earthquake was felt strongly in Hokkaido and Aomori Prefecture. The earthquake disrupted electrical service throughout Hokkaido, leaving 5.3 million residents without power. The island was left without electricity as massive landslides buried homes and destroyed infrastructure. LCIF provided US$392,479 to assist with relief efforts, restoring the lives of Hokkaido residents.

2019: Hurricane in Bahamas
LCIF awarded a US$100,000 Major Catastrophe grant to local Lions to support relief efforts in the Bahamas, where Hurricane Dorian devastated the islands of Grand Bahama and Abaco. Thousands of people have lost their homes. The Category 5 hurricane struck the Bahamas with 185 mph winds, tying the record as the strongest Atlantic hurricane to make landfall. 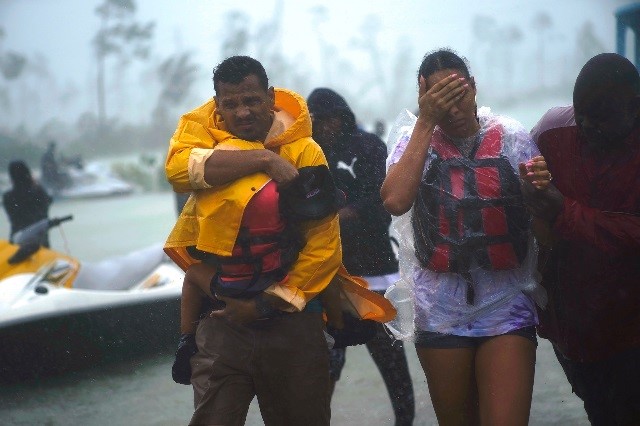 Donating to the Foundation
Our clubs and local foundations are always there to assist, but the needs are greater than what individual clubs can do to help. This is where our foundation, LCIF and Campaign 100, come in. Learn more about the mission of LCIF through Campaign 100: LCIF Empowering Service, that deeply engages in disaster relief efforts and preparing for, and responding to, natural disasters whenever and wherever they strike.