LCICon 2022 Montréal
Home The Lions Blog To Be or Not to Be? That is the Model Club Question!

To Be or Not to Be? That is the Model Club Question!

If you’re ready to help your club become a Leader among Leaders, read on to learn why being a Campaign 100 Model Club is the answer.

We’ve pulled together five must-knows about Model Clubs. Not familiar with them yet? This post shares the details, and shows you how one club now “thinks big” because of its Model Club efforts.

Being a Model Club helped us think big.

What to do next? Explore more in our Model Clubs Frequently Asked Questions. Or commit to being a Model Club now!

#1: A Model Club is a leader among clubs, whose members:

#2: Through awareness-building and fundraising efforts, Model Clubs vastly expand all Lions’ capacity to bring about much-needed change in the world. For this, clubs are recognized for each Per-Member-Average (PMA) milestone reached. Here’s how: 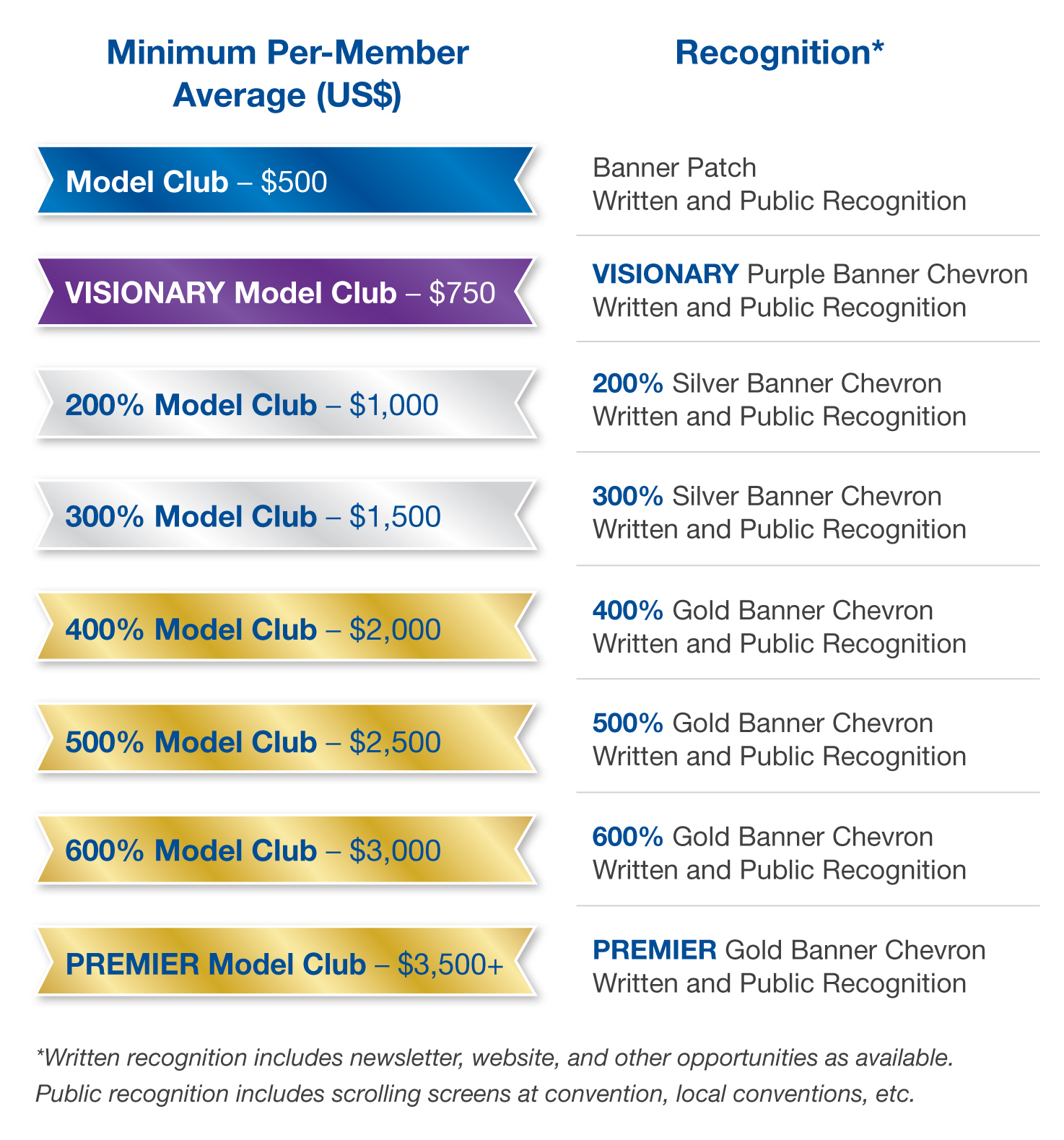 #3: Funds raised from an average-size Model Club can make big impacts, helping to:

Not many charitable organizations can say they’ve earned eight consecutive 4-Star Charity Navigator ratings illustrating their efficiency, transparency and accountability. LCIF can! All donations to LCIF (whether from Model Clubs, individual Lions or partners who know we’re mission-driven, fiscally responsible, and humanity-focused) directly support life-altering service projects with such impacts.

#4: Financial goals for Model Clubs vary because Lions clubs vary in size. What doesn’t change is that each Model Club strives toward a minimum club contribution to LCIF calculated like this:

#5: There’s plenty of time for Model Clubs to raise funds for our foundation! Keep these things in mind as you and your club members discuss whether to become a Campaign 100 Model Club or strive to become a higher level Model Club:

There’s a saying in the English language — “strength in numbers” — meaning together, a group can accomplish far more than an individual can alone. You can do this — together!

Returning the Favor… One Model Club’s Story
“Being a Model Club helped us think big,” said Past District Governor Pramod Chandak, a long-standing member of Lions Clubs of Calcutta Greater, a five-time recipient of LCIF grants totaling hundreds of thousands of U.S. dollars.

Clubs and Lions in the district have made a life-altering difference for local children through their Vidya Mandir school project. “As part of our Model Club work, we helped raise US$1,500,000 from friends and members. The school is the toast of the district, with 2,500 students and plans to expand because of never-ending demand. Being a Model Club provided the opportunity to return the favor of support LCIF has shown us so many times. At the same time, funds raised by being a Model Club mean we’re helping enable Lions worldwide to do other important projects.”

Email campaign100@lionsclubs.org to connect with an LCIF Development specialist who can help you learn more about Model Clubs. Already a Model Club? Share your story.