From Trash to Cash

Gwen Scrivner works in a store in Kaikoura, so she had ready access to loads of material for the Lions’ Trash to Fashion Show in New Zealand. “A lot of the packing tape and plastics were being thrown away. You can’t go wrong with plastic,” she says.

Nor can you go wrong with a Lady Gaga look. “I saw a picture of her in one of her dresses. I thought, oh, I could try that. … Of course, hers is not made out of plastic. But it’s basically the same shape as hers.”

Plastic from discarded CD cases provided a nice extra touch. “So that’s what I put on the front. It’s just a matter of a lot of hot glue,” she says.

Scrivner strolled down the catwalk that year as did about 50 other contestants wearing outlandish costumes, made from trash. Some won and took home prize money. Some lost and took home memories. Nearly all were greeted with cheers or hollering or raucous laughter. Even better, Lions raised awareness of the need to recycle and generated thousands of dollars for local causes.

Since 2000, the all-women Seward Kaikoura Lions Club has staged the wacky fundraiser. In the small, scenic coastal town of 2,000, the fundraiser has become an iconic event, rivaling in popularity the agricultural show and wine festival.

Raiding their closets and shelves or the local recycling center, known, not quite affectionately, as “the dump,” residents spend months creating their costumes. “The rule is you use recycled materials or materials for which they were not original intended,” says Lion Julie Syme, who helped create the event.

Some of the more memorable costumes include a coat made from Venetian blinds and a man dressed, not with actual armor, but with an ironing board on his back. “When he got to the end of the catwalk he actually took the ironing board off, put it out and started ironing,” says Syme admiringly.

Raiding their closets and shelves or the local recycling center... residents spend months creating their costumes.

The competition is broken down into eight fanciful categories, which help spur creativity. Entering the Alien Alive category a few years ago, Doreen Tomlin saved the coffee containers and tea bags from the restaurant where she worked for the basic materials. But she wasn’t satisfied with it. Then a light bulb went off, or actually, they went on—the costume. “I’m thinking ‘Alien Alive?’ He’s got to sort of glow.

And then I thought, well, why can’t I use the solar lights I have around at Christmas time? That made him be alive,” says Tomlin, a Lion.

The New Zealanders are not above making fun of themselves. One of the categories a few years ago (the categories change each year) was Kiwi (fill in the blank). Melville Syme dressed himself in a messy, deranged costume. “I depicted an individual that had too much racing, too much beer and too much rugby. Here’s a crippled old gentleman, and he still goes to the races. And I hobbled down the stage,” he recalls.

The trash fashion show grew out of the club’s bride show. “We asked ladies to make a wedding dress out of recycled materials, and there were more entries in that part of the entertainment than were in the competition of the brides,” says Syme. “So we thought, aha, we have a winner here.”

The show is held every two years. A major earthquake struck Kaikoura in November 2016 (there was substantial damage and two deaths), and one of the categories for the competition in June is 80% Greaseproof Paper from the Train. Turns out the quake stranded a train loaded with greaseproof paper.

Alas, the costumes for the show are so creative that they don’t get recycled. “We’ve got this museum in town. Some costumes are there,” says Tomlin. “Some are in the back of our garage. So much work and energy was put into them. My husband keeps saying, ‘What are you gonna do with all those?’ I don’t really feel like just putting them back in the recycling bin.” 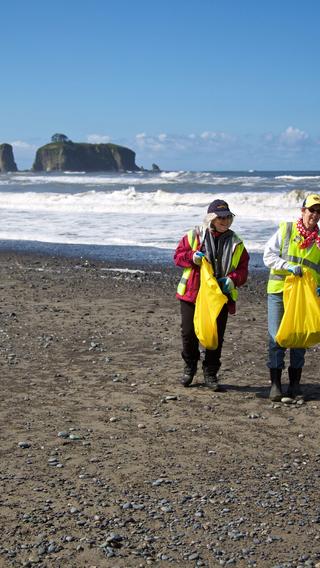 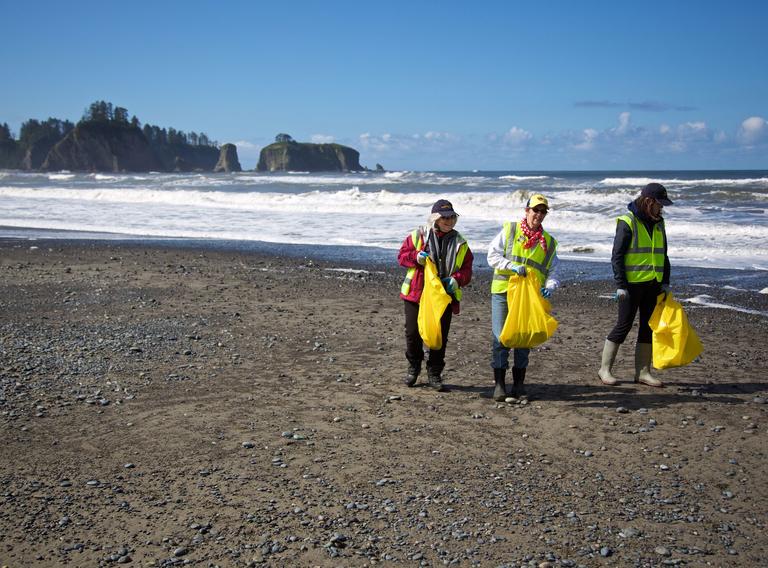